The first thing we want to do when facing an all-in is estimate our opponent’s hand range. In this particular spot they shoved 13 big blinds. Since most players don’t start shoving all-in until they hit around 10 big blinds, this is far more likely to be a reasonable range of hands instead of a very wide range. In addition, our opponent may not want to play with a low stack to pot ratio (SPR) postflop.

With that in mind, it is less likely, although not impossible, that our opponent has QQ/KK/AA since they would be far more likely to just raise with those hands to encourage some action. If we put our opponent on a range of pairs 22-JJ, A2s+, ATo+, and KQ (both suited and offsuit) we are roughly 59% versus that range. With dead money in the pot it is very hard to justify passing up on nearly a 60% edge in a Tournament. Even against a range that does include the big pairs we are likely to be around a 55/45 favorite.

We could potentially fold if we had a player specific read that they are shoving much narrower here, but without that read we just have too big of an edge with additional dead money in the pot from the blinds and antes.

A shove in this spot is nearly half the Big Blind’s stack so if we continue we want to reraise all-in to maximize our leverage over the Big Blind and shut them out of the pot with big cards that have reasonable equity against us. 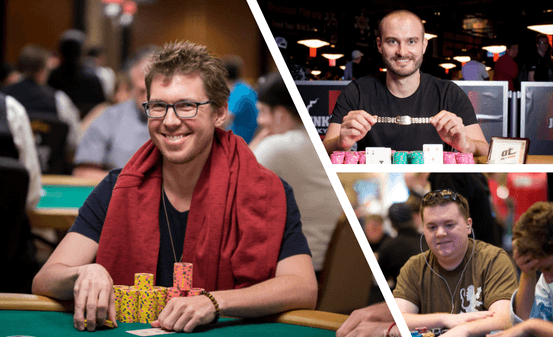 LearnWPT Tournament Strategy Workshops are for poker players who know the fundamentals of tournament strategy and are ready to take their game from good to great.

Attend a Live Workshop and learn...

Start improving your results with the help of LearnWPT's world-class teachers and Pros who boast over 17 Million in combined tournament winnings!